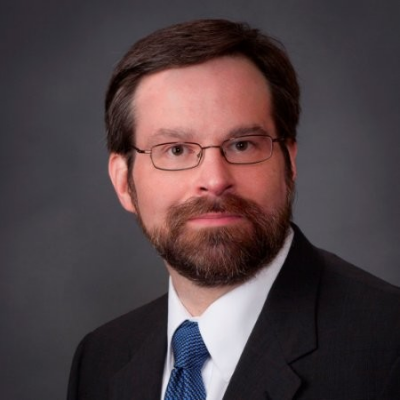 Darren K. Brock is a Principal Research Engineer at Lockheed Martin Space in the Advanced Technology Center (Billerica, MA). Dr. Brock received his B.S., M.S., and Ph.D. in Electrical Engineering from the University of Rochester in 1990, 1994, and 1997, respectively. His graduate research focused on design methodologies for magnetic flux quantum electronics. After graduating, he joined Hypres, Inc. (Elmsford, NY) as a Member of Technical Staff, where he was involved in the design and test of cryogenic digital and mixed-signal thin-film integrated circuits, including fundamental studies in quantum computation. From 2004-2008, he was a Sr. Member of Technical Staff at Nantero, Inc. (Woburn, MA) working in the field of carbon nanotube-based molecular electronics, pioneering new design techniques for use with this emerging technology. The Nantero Government Business Unit was acquired by Lockheed Martin in August 2008. Today he focuses on new technology identification, development, and transition to system insertion, with an emphasis on nanotechnology and quantum technologies. He is a co-author of over 30 technical articles, including three book chapters, and has been granted 37 US patents. Dr. Brock is a Member of the Institute of Electrical and Electronics Engineers (IEEE), a Member of the Association for Computing Machinery (ACM) and an Associate Fellow of the American Institute of Aeronautics and Astronautics (AIAA).

Check out the incredible speaker line-up to see who will be joining Darren.